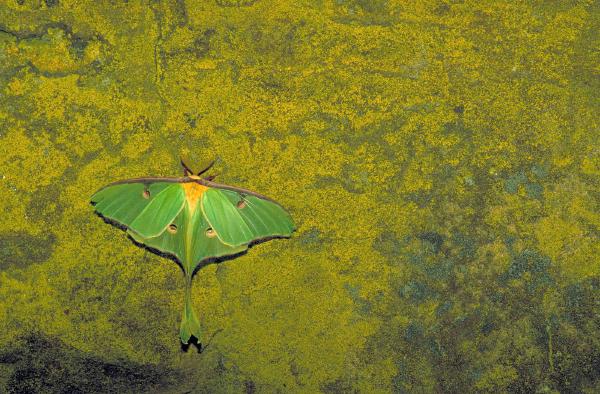 Death By A Thousand Cuts: Newa Community & The Caste System

Caste-based discrimination is in news once again in Kathmandu, propelled by the rare courage shown by Rupa Sunar to not quietly accept the fact that an “upper caste” family in Kathmandu refused to rent her rooms just based on her caste. Indeed, Rupa Sunar is not the first person to be refused room rental because of their caste, nor the first person to take legal action against caste-based discrimination in room rental. Karuna Bishwakarma and Deepa Nepali are two other examples of young Dalit women who spoke up and are still fighting for justice.

The difference in this case is that the landlady is an “upper caste” Newa who belongs to an ethnic and linguistic minority that has long been oppressed by the state. There is no doubt some validity to the claim that the Khas Brahmin-dominated media has been gleefully fanning the fire, happy about the opportunity to deflect the criticism from themselves. But the fact remains that there was fire to begin with. Saraswati Pradhan has acknowledged that caste was the reason she could not rent to Rupa Sunar. It is irrelevant that she sounded very pleasant while delivering an unpleasant, and illegal, message. The situation was made worse by the fact the Education Minister, Krishna Gopal Shrestha, himself an “upper caste” Newa personally went in an official vehicle to get Saraswati Pradhan released. Furor increased, justifiably, not only among Khas Dalits but also caste-oppressed Newas and others committed to caste abolition because a representative of the state had publicly flaunted his power on behalf of the perpetrator.

The “upper caste” Newas, used to portraying themselves only as the victims of state oppression, suddenly found themselves on the crossfire as the oppressors clinging to caste-based hierarchies. In order to defend themselves, Newa leaders are trying to portray it as a Khas vs Newa issue, one more way the Khas community that controls the state is oppressing Newa community. Indeed, the entire Newa community has legitimate complaints against the Khas-controlled state. There have been attacks on our language, culture, and even livelihoods in the name of national unity and development. Of course, Newas are not the only ones whose land and language has been attacked. Along with the Tamangs in the hills, Tharus in the flatlands, and many other indigenous and minority communities, Newa anger against the state is valid. But this case does not fall under that rubric. It is, unfortunately, a case where someone within the Newa community is the perpetrator of injustice.

Some Newa leaders have also wrongfully accused Rupa Sunar of taking money from the European Union to make false allegations against Saraswati Pradhan. It is ironic that a community that considers itself oppressed is using the oppressors’ language to deflect the criticism towards itself, more so when it comes from people who have branded themselves as human rights activists.

The Newa leaders are also trying to portray Newa community as a monolith, glossing over caste hierarchies and class discrepancies. They keep referring to the decade-old declaration and public statement as the proof that the community has been rid of all hierarchies. Even among those who consider themselves to hold progressive values, few are willing to reflect on their structural privilege or their role in continued caste-based discrimination within the community. Even those who have issued public apology to the Khas and Madhesi Dalits are unwilling to admit the inequalities and injustice within the community. It is possible that some of them genuinely believe that caste is history because they do not overtly discriminate and do not have to think about it in their daily lives. But it is important to remember that caste blindness is a luxury afforded to those at the higher end of the hierarchy who do not regularly engage with others further down the hierarchy as friends or family members.

Indeed, the caste hierarchy within the Newa community is different from Khas or Maithil communities, or as it exists in India. Rules of inclusion and exclusion are different. Caste groups that are considered higher or lower in the hierarchy are different. But regardless of how the details manifest in different communities, the underlying structure is the same — discrimination based on birth. It is not enough to point out the anomalies or few examples of people overcoming barriers to argue that the Newa community has rid itself of the caste system. Caste abolition is only possible when we come together and create joint strategies. But before that, we have to start with the acknowledgement that caste-based discrimination continues to be a lived reality and there are many Rupas, Karunas, and Deepas within Newa community.

If declarations could wipe away discrimination, there would be no injustice left in the world. There would be no racism, sexism, homophobia or any other forms of structural injustices. Every country, every community, at some point, must have made a statement against social ills. The United Nations General Assembly alone has 560 conventions and counting, upholding rights of women, of indigenous communities, of religious minorities and more. Yet, injustice remains a reality across the world. The Nepali Constitution, a legal document unlike the aforementioned declaration, also recognizes Nepal as a country free of caste-based discrimination. Yet, caste-based discrimination remains within the Newa community and within the broader Nepali society.

Indeed, things have changed and discrimination based solely on someone’s caste has become less visible. Especially in urban areas where people do not know each others’ family histories, it has become easier to go unnoticed or avoid caste conversations. For most parts, people are able to mingle in schools, in workplaces as equals, and of course, it is impossible to maintain “purity” in crowded public buses or in movie theaters.

Many families have started allowing their friends to enter their homes and even share meals, regardless of their caste backgrounds. Some also rent out their spare rooms. But even among those families, double standards persist. It is ok to touch running water, but still water will become impure. It is ok to enter the living room, but not the kitchen and never the pooja room.

Family is the sphere where the power of caste remains the strongest, more than any other part of the society; who can become family, who can remain family is determined by caste.

Caste is what forces a young person to choose between love and family. Most end up choosing the path of least resistance and renege on their promises and their love. Many choose their life partners only among the eligible, whether in arranged or love marriage, to prevent future heartaches, and thus, knowingly or unwittingly perpetuate the caste hierarchies.

The few who choose love against the antiquated and unjust worldview may be hailed as the vanguards of change in small progressive circles, but the coast is not clear for them even after they make the decision. Many are forcibly separated against their will, especially those who marry young. The extreme cases that end in death become news — the “lower caste” spouse killed by the family of the “upper caste” one like those of Ajit Mijar, Nabaraj BK, or Angira Pasi. News does not automatically translate into justice, or even nominal action as Ajit Mijar’s body still in the morgue in the Teaching Hospital in Kathmandu proves.

Intercaste marriages are becoming more accepted, even if not fully embraced. Among the Newas, there has not been any recent news about deaths for choosing a life partner outside of the accepted groups. But an overwhelming majority of those who choose intercaste families face everyday discriminations, death by a thousand cuts, each cut too small to be newsworthy. Many are entirely cut off from their immediate and extended families. Among Newas, men who marry someone considered beneath them are excommunicated from guthis, the much-vaunted system of communal wellbeing. As guthis are patriarchal structures, the rules of excommunication only apply to men. Even those who have a semblance of normal relationships with their family members are often excluded from major religious functions and even prevented from mourning the death of their loved ones by participating in their last rites.

When we talk about the caste system, we often only discuss the problem of untouchability. Indeed, untouchability is the worst form of caste system. However, caste hierarchy also shows up in who gets to lead a community, who gets to set the narrative about the community as well. We have a long history of Newa leadership in the fight against caste injustice and to uphold Dalit rights. When we discuss Newa history, we talk about Padma Ratna Tuladhar going to Dalit settlements, we talk about Dharma Ratna Yami changing his caste. It is worth questioning the role caste plays in the fact that we rarely talk about pathbreaking anti-caste activists like Saharsha Nath Kapali, the or Mithai Devi Bishwakarma.

We critique and complain about overrepresentation of Khas Bahuns and Chhettris in Nepal, as we should. But, if we use the same lens within the Newa community, we will find that only a handful of last names are overrepresented as well. Regardless of whether they are Buddhist or Hindu, majority of the Newas in leadership positions in politics, education, or NGO/INGO sector all come from the castes considered to be the highest among Newas. The list of the vanguards of Newa language and literature also repeats the same few last names. It is not possible to argue that inherent merit is concentrated in only a small part of the community. How can we in good faith fight against the injustice against the Newas while turning a blind eye towards injustice within the community?

Of course, things have morphed over time. Some things have gotten easier, but only the heart that has experienced suffering understands the pain of discrimination. Those who are preaching patience, heralding miniscule changes and ignoring the ongoing injustice, must understand that not feeling the sense of urgency is itself a luxury only available to those who do not have to live with oppression. The least they can do is to listen and validate the experiences of those who are living with everyday experiences of discrimination, and of course if they are brave enough, they can pick up the jackhammer and join in the fight to smash the caste system.

Luna Ranjit
This site uses cookies. By continuing to use this website, you agree to their use. I Accept